Sailing into the Early Morning Fog 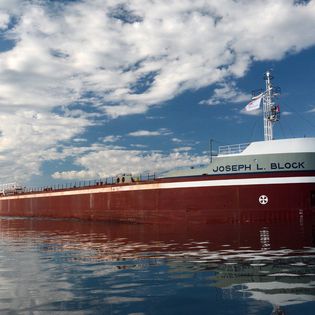 Years ago when the Great Lakes teemed with freighters the sound of a foghorn breaking the morning stillness was a familiar one. The Soo Locks would be thick with ships heading upbound for Lake Superior and Duluth or downbound towards the St. Lawrence Seaway and the Atlantic Ocean. When the horn sounded, we could hear it for miles.

During the summer months I could go back to sleep, but once school started that foghorn was not my friend especially if it blew hours before I had to get up and get going. But a foghorn wasn’t the only noise that kept me awake. When the Canadian loons started calling, it meant dawn was breaking whether fair weather or foul. The cry of loons used to be as familiar as the foghorns, but like the freighters, loons are also disappearing. I moved back to this area many years ago and have yet to hear the wail of a loon. 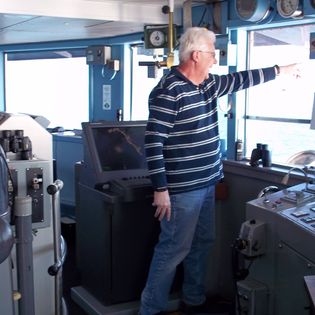 It’s not just the passing of loved ones that denotes the passage of years. It’s also the loss of familiar sights and sounds. There was a time when birds were wing-to-wing on electric lines, every pasture was home to milk cows and beef cattle, and summer fields were dotted with round or square bales of hay. In our modern world, milk cows rarely see a green field or daylight, Herefords have all but disappeared, and the harvesting of hay is done by a bale spear, not men with pitchforks and a hay wagon.

But back to the foghorn. Now when I hear it I think of the people onboard the freighters. Some sailors say there’s not much to tell of their time on a ship unless something major happens. And maybe that’s the way life is. There isn’t much to say until something goes wrong. Daily routines are fairly mundane and predictable, and I guess that’s a good thing. My brother sailed for ten years, and I don’t recall him talking much about ship life. He sailed in the days when coal was shoveled into the furnaces and the engine room was hotter than you know where.

Many boatnerds are under the illusion that sailing on a Great Lakes freighter is romantic. They see the beautiful ships sail by on a glassy smooth lake or quietly pass through the Soo Locks and envision sights that are as far removed from the truth as the sun is from the earth. My suggestion for those who want to live on a freighter nine months of the year is to get your MMD and TWIC cards and all the other stuff you need, give it a try, and see if you last longer than a week. 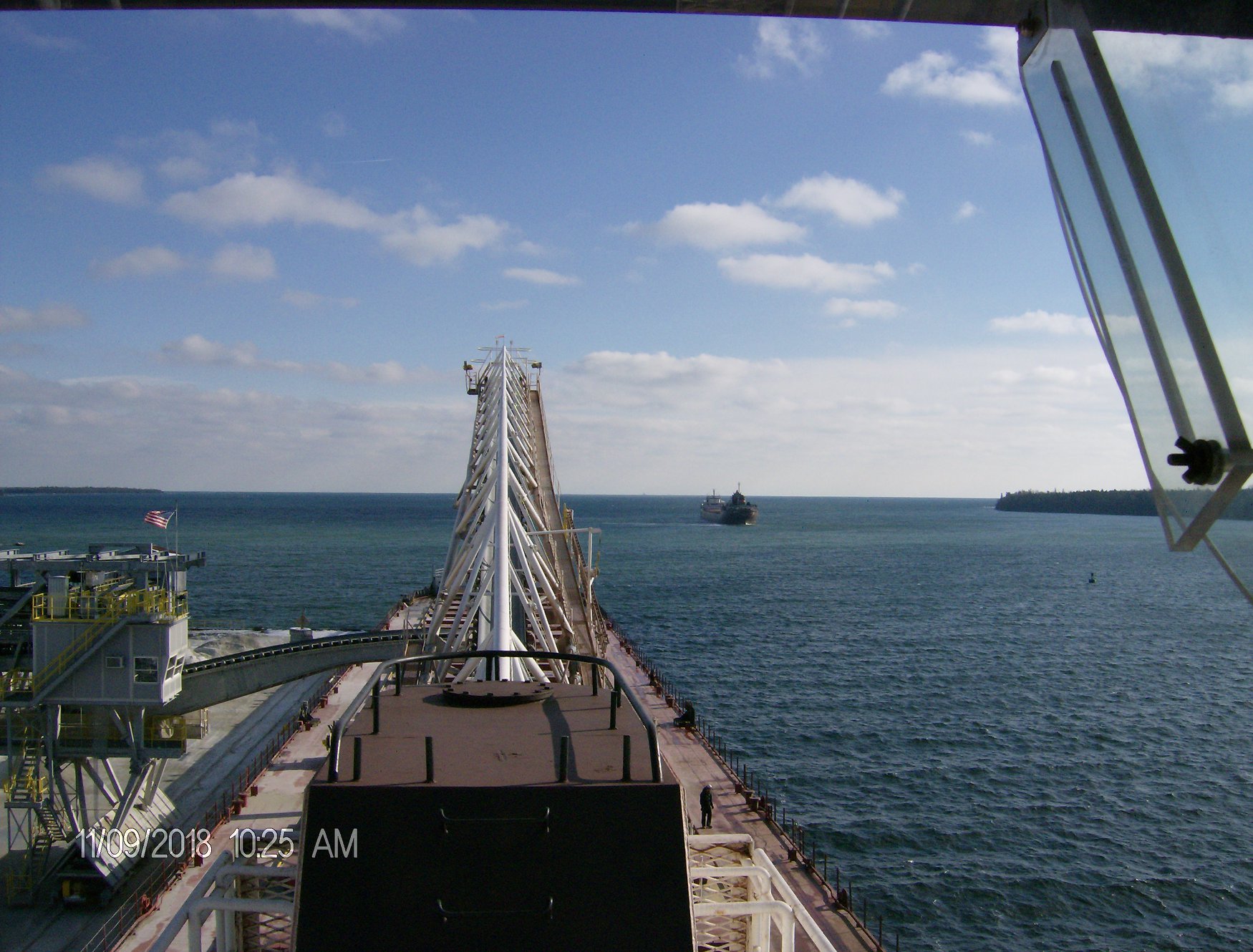 Some newbies board in Escanaba and seven hours later jump ship at Port Inland, never to be heard from again. It takes a special type of person to leave family and friends behind and commit to a seven-day workweek for months at a time. The daily routine of a watchstanding shift is four hours on, eight off, and another four on for an eight-hour day, but work doesn’t stop at 5:00 p.m. Friday. It continues around the clock regardless of holidays, weekends, or weather.

A lot has changed since I was a kid. In the 1950s my life was uncomplicated. Whether awakened by a foghorn or Mom me calling from the foot of the stairs, I knew I was in safe harbor. Nothing interfered with my childhood. Summer days melted into each other with all the ease of a raindrop drifting down a windowpane.

As freighters cautiously venture into the fog and hope for clear skies, I hope the sailors onboard know how much we appreciate them and all they do to keep the economy moving. And if they’re caught in the mist, I hope it lifts and gives them a day full of promise and safe sailing. I recently saw a Facebook post wherein one of the young sailors who works for Central Marine Logistics said relief sailors are in demand so if anyone reading this has all the necessary credentials, give CML a call and start an adventure aboard a Great Lakes freighter you won’t soon forget. 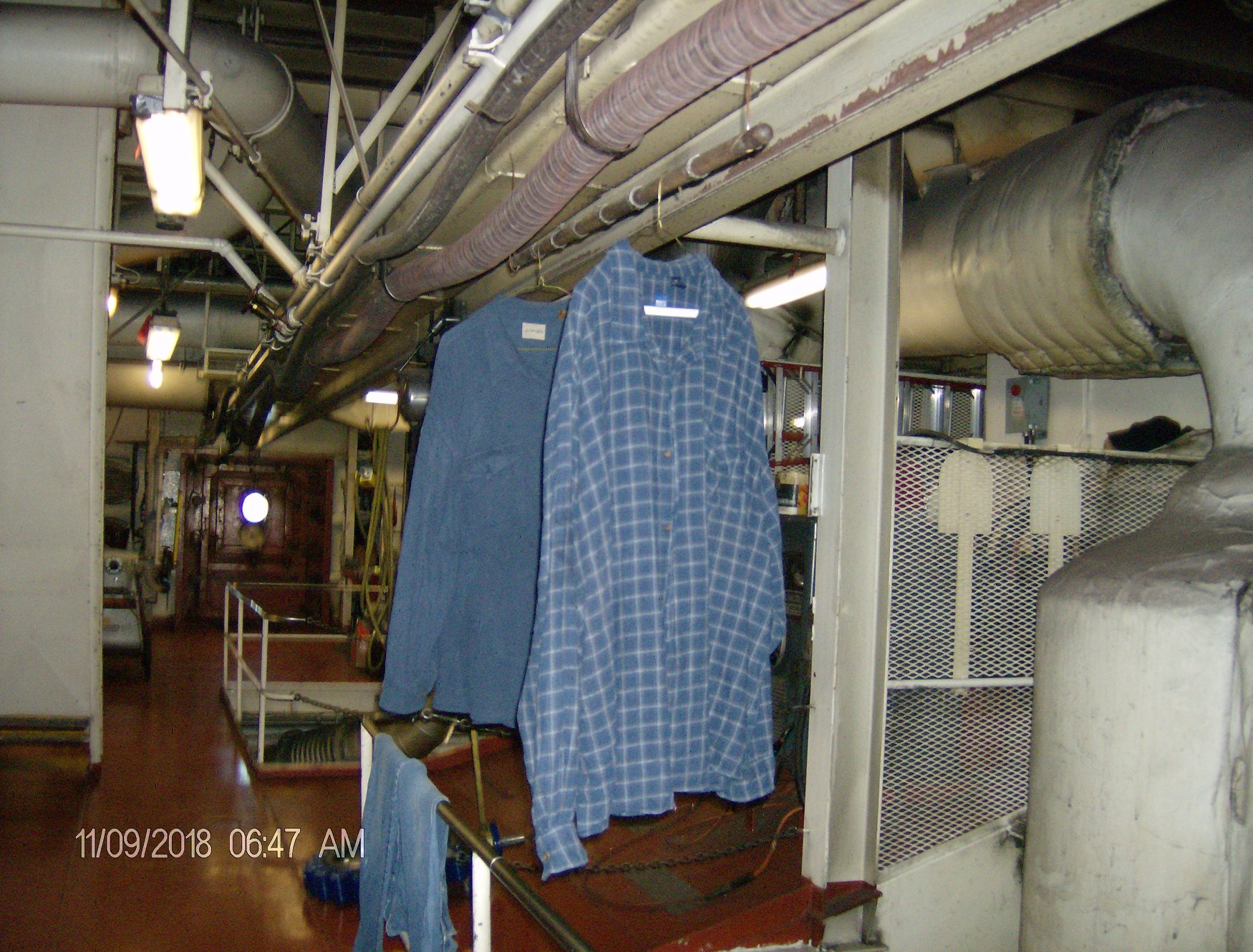 How sailors dry their clothes on a lake freighter