Home Reminiscences Of Mice and Lice

Of Mice and Lice 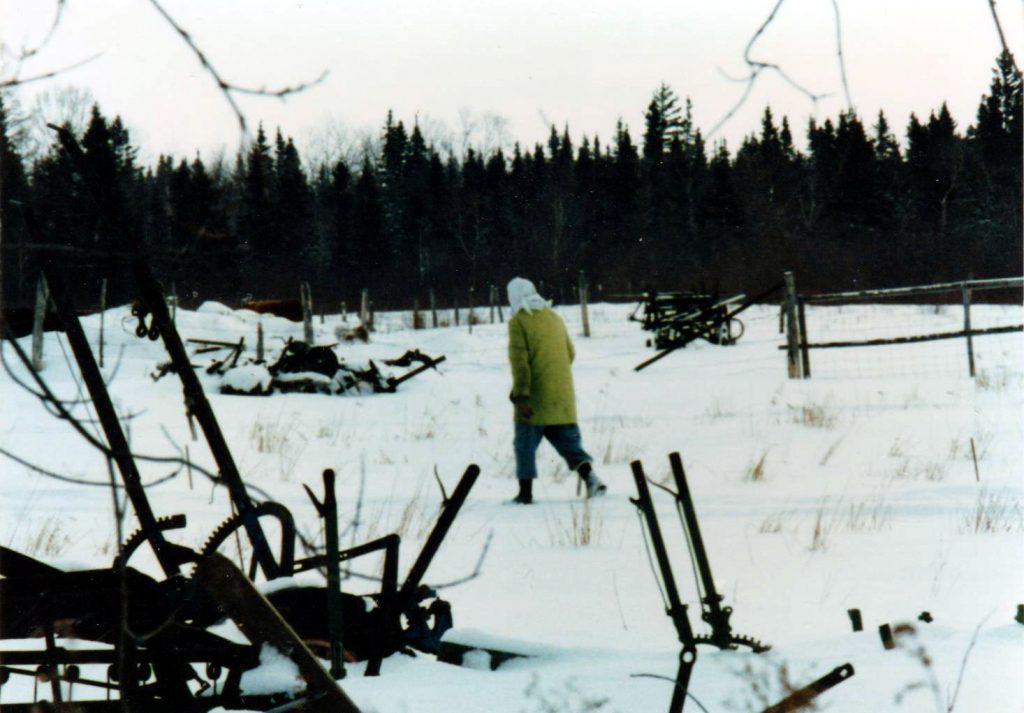 Mom heading to the wellhouse to check her mouse trap line

Remember when a mouse was something you caught in a trap and didn’t want to touch? When I was a kid, checking Mom’s trap line was my least favorite chore. I didn’t mind any other task, but I dreaded that one. Checking the mouse traps she had set was anathema to me, especially when the rodent’s beady black eyes stared into mine.

Her favorite place to set traps was in the pantry. Our pantry wasn’t just a closet with shelves like you might find in today’s modern kitchens. It was a small room with a pie safe, a wooden table, and plenty of storage boxes nailed to the south wall. The pie safe held our spices, cookie sheets, fancy dishes, chipped dishes, canning jars, and cooking utensils that were rarely used. I don’t recall a pie ever being in there because a pie never lasted long enough to be stored anywhere. 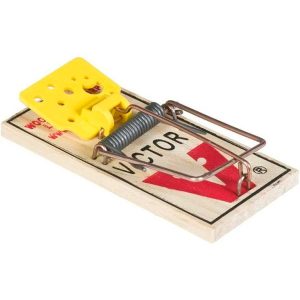 Our old farmhouse was typical of most. There were lots of places where unwanted mice could squeeze through and look for winter lodging warmer than the outside sheds. What I came to realize over the years was that we were luckier than most folks. Rarely did a rodent venture near the pantry and never once did one enter our living quarters. One of my lady friends is always finding a dead mouse in her shoe, underneath her bed, or nibbling some delicacy on her kitchen counter. Her cat gets his daily exercise and entertainment by chasing mice, pouncing on them, and slapping them with his paws. When he gets bored, he eats them.

In today’s society having a rodent in the house is a common occurrence. Some folks buy mice and rats as pets for their children, a phenomenon beyond my understanding. Years ago housewives were embarrassed if they saw a furry gray thing scurry across the room. This was especially true if company had stopped by for morning coffee. No one wanted to admit a mouse was on the loose in their kitchen and heaven forbid if a family of mice was heard running across the rafters. In today’s homes, kids proudly display their collection of rodents and some parents let them wander at will throughout every room in the house. 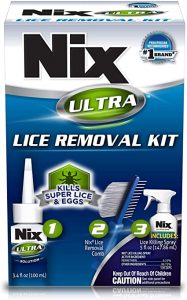 It’s the same with lice. People were horrified if their kid came home scratching his head, but in our shiny new century lice are accepted as a normal part of grade school. This amazes me. When and why did we get so complacent about things as repulsive as mice and lice? My reaction to these pests borders on phobic, but that’s how I was raised. Rodents were not allowed in the house, and lice were a scourge forbidden near our heads.

Throughout grade school I recall only one louse episode in our school. The infected kids stayed home until all signs of nits were kerosened out of their heads. I felt sorry for them. Mom explained it wasn’t the kids’ fault, and we shouldn’t make fun of them when they were allowed to return to school. People were easily humiliated in those days. An outbreak of lice was unthinkable. Today it’s as natural as a recess break.

Well anyway, back to Mom’s trap line. Whenever I found a mouse, I didn’t care that it was dead. It didn’t belong in the house or the wellhouse so it got what it deserved. It wasn’t the lifeless rodent I couldn’t stand. It was the idea of touching a furry dead thing. I could swat a fly inspecting the sugar bowl on our kitchen table or slap a mosquito on my arm and think nothing of it, but no way was I going to remove a mouse from a trap. Likewise, Dad and my siblings wouldn’t go near it either. When a mouse was caught, we swept the trap onto a dustpan and brought it to Mom. She had no qualms about removing the filthy thing. She was our hero. 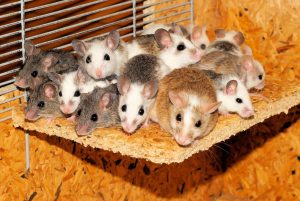 I’m still squeamish about mice. Last year, I set a trap in one of the cold air ducts in my home and a mouse wondered in from the winter weather. I heard the trap snap, but it didn’t finish off the vagrant. For two hours I listened to it flop around. Finally I called a friend and asked for help. When she arrived, I was ready. I had kitchen tongs and a pail of water waiting. My friend grabbed the trap with the tongs, deposited it in the water, and waited a few seconds. Then she removed the drown mouse and threw it outside where it should have stayed in the first place. From that day on, the tongs became a permanent part of my pest removal equipment.

In conclusion, whether you’re a mouse or a human, it’s an awful thing to get caught in a trap. Sometimes there’s just no way out. You flop around, trying your best to wiggle free. You toss this way and that, but you’re out of luck. It’s the water pail for you unless you’re lucky enough to have someone come to your rescue. Then life is good and a trap is just a harmless piece of wood with a spring and hammer, and a mouse is merely a tool you push around to navigate the Internet.

With all the words available, it’s amazing “mouse” is the best techies could come up with to describe the little black thing I maneuver with my right hand every time I use my HP. I’d be lost without my mouse, words I never dreamed would tumble from my mouth. My goodness, how things have changed.