A number of years ago, a good buddy of mine from Grand Marais stopped by for a few minutes on his way to a friend’s house. He had spent a miserable night in Newberry and driven through blinding rain on M-28 which put him in a rather disagreeable mood. Roger’s my age, and it doesn’t take much to set off either one of us. We’ve been friends for 36 years and are used to each other’s ways, but sometimes enough is enough. 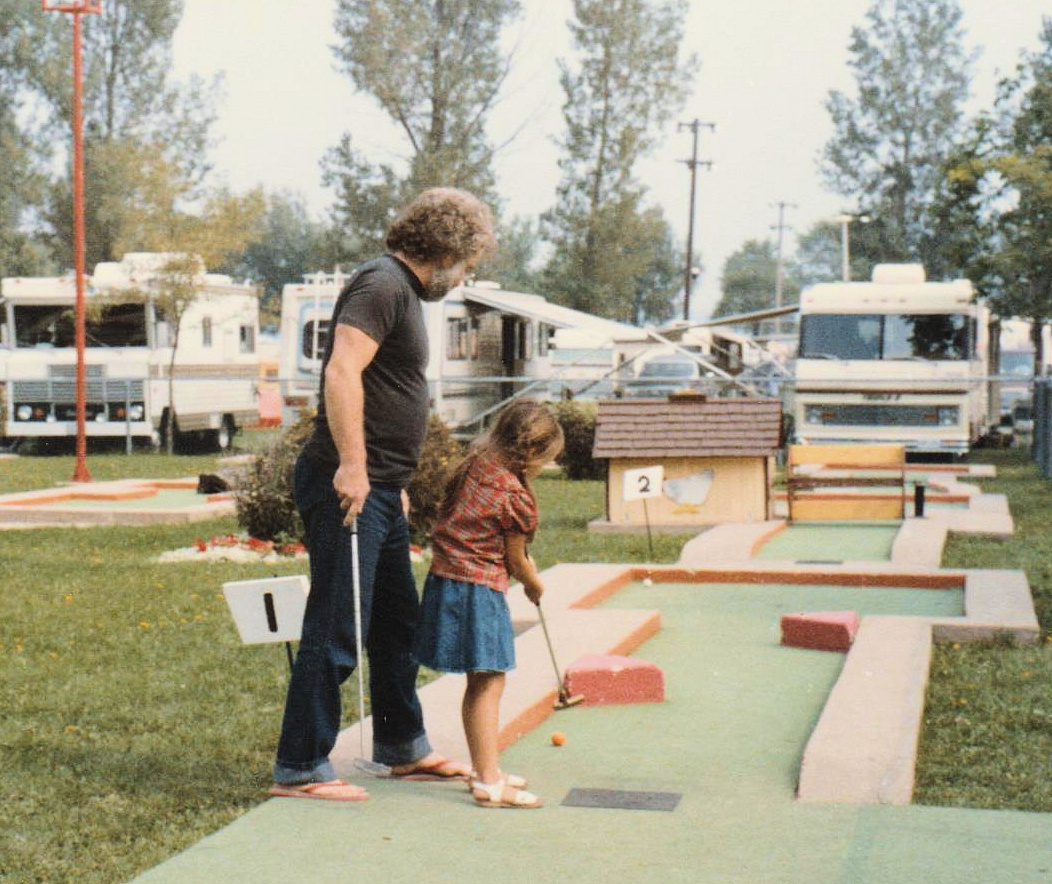 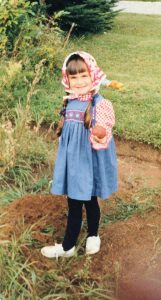 My daughter showing her potato crop (1987)

Roger is an excellent gardener and wanted to share his prize potatoes. The year I’m referring to was a bumper one for russets. For reasons known only to him, he removed the spuds from the Igloo cooler in the bed of his truck. Prior to putting them in the cooler, he had given them a quick scrub and put them in a plastic bag full of holes. It wasn’t until he dropped the bag in my kitchen sink that I noticed the black trail he had left behind.

I forgot my manners and called him a few choice names. Undaunted by my barrage, he suggested I get out the vacuum or a rag and wipe up the mess. After all, he pointed out, it was only water and dirt and that was no big deal. At the time, my carpet was 20 years old. Roger declared it probably needed to be cleaned. In other words, the disaster he had unwittingly created was a good thing in his opinion. His observation got me thinking about all the stuff people track into our lives and how that affects us.

Throughout the years, Roger has tracked happiness and laughter into my daughter’s life and my own. He’s also tracked in an appreciation for campfires, birch bark Christmas cards, homemade wooden signs, and fish cooked on a cedar plank over an outdoor fire pit. Not once in all the years I’ve known him has he tracked in anything negative which is a remarkable testimony to his character. 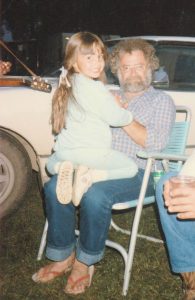 On a camping trip

Some people are like that. The tracks they leave behind are pleasant ones. Unfortunately, not all folks are agreeable and their tracks are best forgotten. You know how some animal tracks are linear and others zigzag all over the place? It’s the same with people. Some enter our lives and we find their linear company delightful because we know what to expect from them. We can depend upon their consistency.

The folks who zigzag into our lives create tracks impossible to follow. We never know what mood they’ll be in or how they’ll greet us. Sometimes they’re jovial and other times we wish they had driven by our door without stopping. Often they track in gossip, ridicule, envy, and a whole list of other undesirables. When they leave, we get out the air freshener.

Tracks are amazing things. We decide which kind we’ll leave behind.