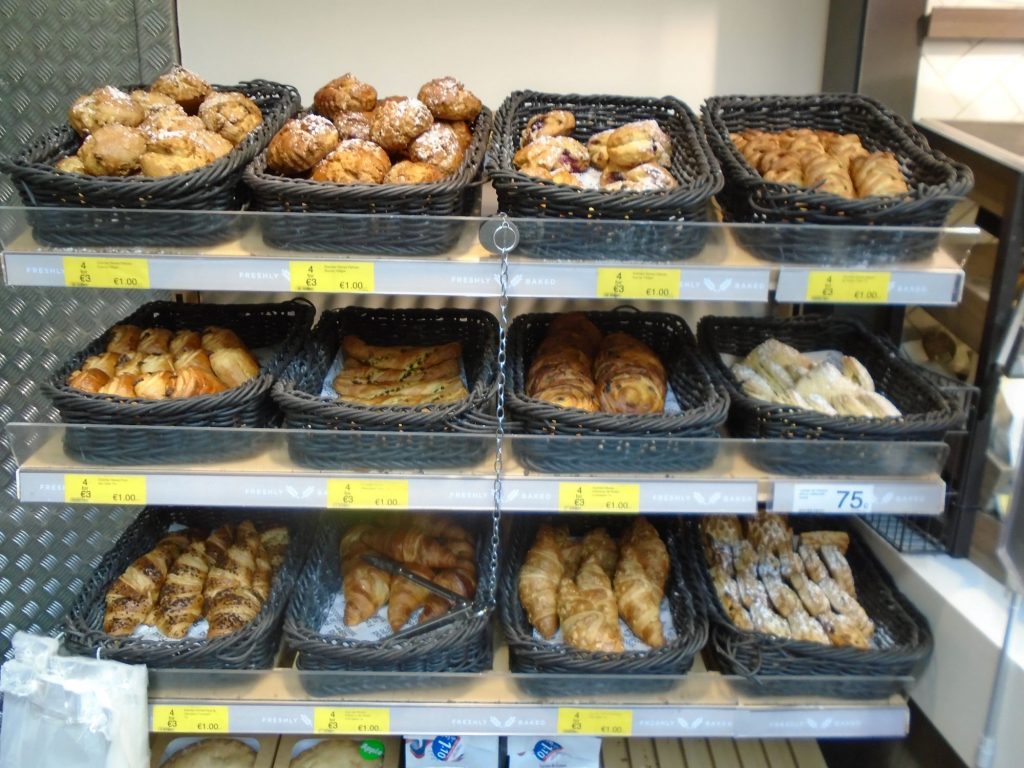 A long time ago I watched a documentary that compared the eating habits of rats to humans. Rats were given a breakfast choice between apples and donuts. In every case, the rats chose the donuts. That may sound disgusting if you’re enjoying your breakfast, but I’m willing to bet most of us do the same. I’ll be the first to admit I’ll take a nice glazed donut over a Honey Crisp apple any day of the week.

Does that mean my intelligence is on par with a rat? I suppose a few relatives and maybe some acquaintances would agree I have no more common sense than a rodent. Maybe they’re right. However, I have a feeling those who disparage me are dunking their donuts into hot coffee at this very moment.

Why? Because humans love sweets. My hypothesis isn’t based on a longitudinal study but on the acres of sugary treats available in every store in America. It doesn’t matter if it’s a gas station or a major grocery chain. Most folks would rather grab a brownie or cinnamon roll instead of a banana or orange. Consider church bake sales. Have you ever seen a peach, apple, or blueberry on the table? Of course not unless they were enclosed in a flaky pie crust or topped with a brown sugar crumble.

Scripture tells us Eve gave Adam an apple. What it doesn’t tell us is that Eve dunked it in a vat of warm caramel before she handed it to him. Why else would Adam deliberately disobey specific orders from the Creator? Now don’t get excited if you think I’m being blasphemous. Sometimes a sense of humor is required to understand why bad things happen to good people.

Folks who diet know how hard it is to resist temptation. Sugar is everywhere and in every form. It lurks in those innocent-looking Little Debbie’s. It’s hidden between the layers of a carrot cake. It masquerades as our friend when we twirl our tongue around a frozen yogurt cone. It’s only when we step on the scales we realize we’ve been duped.

But here’s the good news. It’s not our fault. If Adam had been more of a man, he wouldn’t have caved in when offered the apple. Biblical time was different from Daylight Saving Time. Peopled lived a lot longer. I’m sure the couple in the Garden of Eden didn’t have a calendar so maybe it took Eve a week to convince her partner to bite the apple. Maybe it took a year. Maybe a century. Maybe Adam was tired of her nagging and ate the Macintosh just to shut her up.

But according to the documentary I watched, rats don’t have any more sense than we do when it comes to a sweet treat. Adam could have told us that, but would we have paid any attention to him? Probably not. Our DNA is programmed to choose sweets over stuff that’s considered “good” for us, but here’s the rub. Unless those beautiful strawberries you’re sprinkling on your cereal are organic, they’re loaded with pesticides.

Imagine all the bounty and beauty in Eden that Adam lost by taking one lousy bite from an apple instead of a pear. He must have hung his head in shame. He and Eve were given one lousy rule and didn’t have enough sense to obey it. They might have been in the garden for centuries. Scripture is a little slim on exact dates, but we know they had it made. They didn’t have to work for a living or worry about not having enough money to pay the rent or electric bills. And they didn’t have to vote because there were no presidential elections.

Imagine how different things would be today if the first two human inhabitants of planet Earth had been obedient. Not only would we be living in Utopia, but we’d also be free of sugar cravings, toxic pesticides, and politicians. Chew on that this lovely July morning.