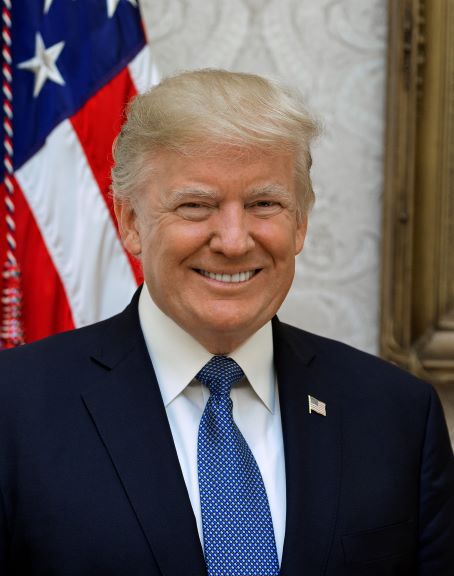 Former President Don Trump recently attended the America First Policy Institute’s “Agenda Summit” in Washington, D.C. part and spoke there. It was his first appearance in our nation’s capital since the uprising he instigated.
I listened to him on one computer while playing solitaire on another. I wasn’t very interested in what he had to say. I had heard all of this before. “The Democrats are destroying our country. We no longer have a southern border. Biden’s withdrawal from Afghanistan was a complete and utter disaster. The US economy is under pressure. I received more votes than any other candidate in the history of the world. Everything was perfect with my watch. Gasoline was cheap. Stocks were high. Government-enforced regulations were toast. Impeachments were wrong. If I am re-elected President in 2024, everything will be perfect again.”

Bla, bla, bla, or as Thom Hartmann would say, quack, quack, quack. My game of solitaire was far more stimulating than Trump’s speech until he started to relax. Like you, I’m used to his rampage and wrecking ball approach, his swear words and his chest punches. Before an audience of Yale Conservatives dressed to the nines with not a MAGA hat in sight, however, his parting words sounded more like those of a devout altar boy than a raging madman. When he lowered his voice and gently addressed his audience of establishment politicians, past and present, I stopped playing and gave the old man my full attention.

With more charm and decency than the perpetually tanned and handsome George Hamilton, Trump lulled his audience into a trance. His voice softened as he convincingly told his people to stay with him and that everything would be fine when he returned to the west wing. Gone was the panache so necessary to mollify the crowds that attended his rallies.
Also, the vulgar language enjoyed by his gang of Red Hats. Gone is the country music, the rushing, the bragging and your average Joe and Jane. Neither guy wore a plaid shirt. No girl had put on her tight Levis and halter top. The people he was addressing were elite university graduates. May I say that none of them drove a truck, drank beer, played craps, dropped out of high school? These were the employees who get invites to Mar-a-Lago. If you didn’t understand his closing remarks, ask Google to find them for you. Whether you’re a Trump disciple or a Biden supporter, these remarks shouldn’t be missed.

The Donald I heard in the last few minutes of his speech was someone capable of anything. He exuded grace and intelligence for sticking to the script. He was calm. His voice was as soothing as Gilead’s balm. Like the snake charmer he is, he could easily convince any listener of his genuine respect for the institutions he hoped to overthrow on January 6th. If I hadn’t heard his rally speeches and listened to the witnesses of the special committee, his academy price presentation of July 26, 2022 would have convinced me. Such an outstanding display of fact manipulation, if not outright lies, would have gone unnoticed. I would have been just as intrigued as everyone else in the room.
Luckily, it takes more than a sugar-sweet voice whispering sweet nothings to convince me that Don is more than the greatest showman since Phineas Taylor Barnum could make a snake rattle.

— To contact Sharon Kennedy, email her at authorsharonkennedy.com. Kennedy’s latest book, The SideRoad Kids: Tales from Chippewa County, is available from her, Amazon, or Audible.
This article originally appeared in The Sault News: Sharon Kennedy: Listening to Trump address the AFPI
P.T. Barnum
American showman and politician (1810-1891)