Mom weathered many a cold winter on the Brimley Farm

Mom never complained about winters. She knew they would be long and harsh. She was born in 1917, the youngest of seven siblings. According to a note I found among her brother’s papers, three of their brothers died young. Eddie passed when he was three, Joe joined him also at three years of age, and Adam died in 1901 when he was fifteen days old. Although Uncle Steve didn’t mention it, it makes sense that Adam and Uncle Pete were twins both being born in January 1901. Perhaps no one had told Mom of their deaths. She never spoke of any family members except to say her sister, Kate, always worried about growing old. She died in her 60s. 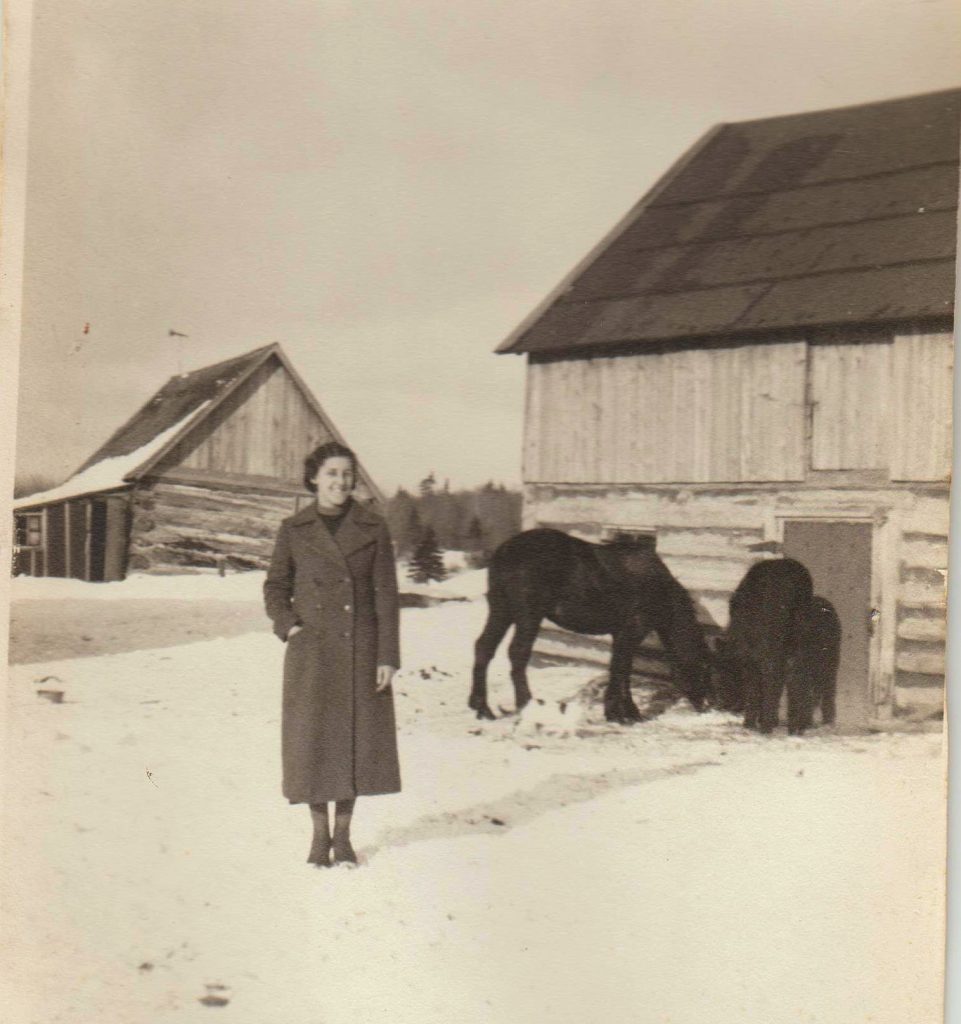 Mom at the barns

When Uncle Steve joined the Army, Mom was left to care for her widowed mother. As women alone, it fell to the neighbors directly across the road to help with chores. The fellow who helped them was Al Kennedy. Eventually, he and Mom married. The photo shows Mom standing between the Kennedy’s two barns. By the time I came along, only one barn remained. The one to the right is the one I remember. It was not a big barn and only after it was torn down did I learn it had originally been a log cabin. I don’t know when the mow and ladder were added. You can see a small door that opened to the mow. That’s where I used to sit as a child and teenager. It’s where I did a lot of daydreaming. The work horses were gone by the time I was old enough to go to the barn by myself. Their existence is also lost to memory.

There was no date on the back of the photo, only the name Anna Cottelit, so I don’t know if Mom had yet to wed Dad. Obviously, she wasn’t dressed for chores. Perhaps one of her siblings took the photo. I don’t think Dad ever held a camera in his hands until he worked in Ludington in the 1970s.

The roof of the smaller barn appears to have a weather vane. Neither has a metal roof. Dad replaced tarpaper or whatever it was with a metal roof in the 1950s. Some of his in-laws laughed, but the roof held steady for over 50 years and is still in use today. When I sold the logs, the roof went to my brother for his outbuildings.

The lack of snow tells us it was either early winter or spring. Mom weathered many a cold winter on the old homestead. Along with her household chores, she helped at the barn. I found this photo in that wonderful old suitcase I sold a couple of years ago. Unfortunately, Mom was not one to tell anything about her past. Please don’t make the same mistake. Tell your children or grandchildren the stories of your life before they knew you. They’ll treasure your memories when you’re gone. 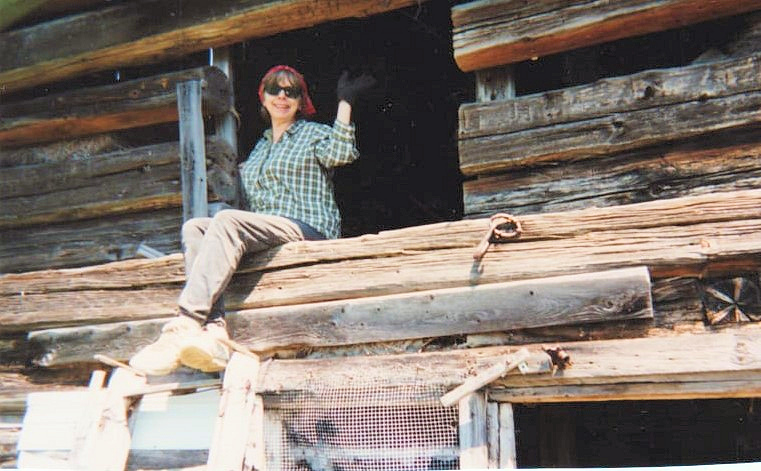 The day the barn came down