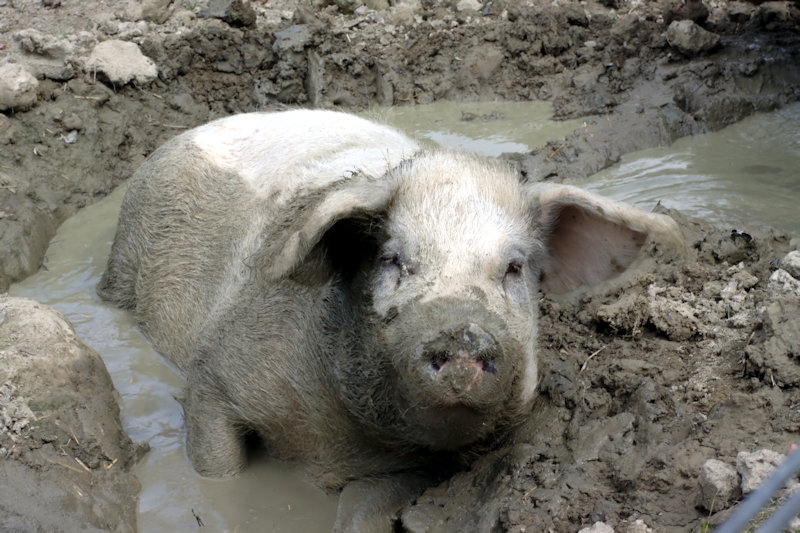 For those of us who lived on a farm in the old days, the slop pail was an essential kitchen fixture. Most farmers kept a few pigs and anything not consumed by the family was thrown in the pail. Table scraps, potato and carrot peelings, onion skins, celery strings, and any other edible the dogs didn’t want found a temporary resting place in the pail. When it was time for evening chores, the slops were dumped in the pigs’ trough to the delight of the porcine characters.

At various times we had various numbers and colors of pigs. There were red ones, white ones, and black and white pigs. Some were big and some were little. The only pig we named was a red one called Rusty. He was my sister’s and she doted on him. She knew one day he would land on our breakfast and supper plates, and she vowed her fork would never touch a piece of bacon or a slice of ham that might have been Rusty. For at least six months, Jude refused all pork until Mom assured her Rusty was gone.

Our pigs had a huge area in which to roam and a shack for shade and protection from the elements. A corner of their pen was designated as the mud hole. On warm summer days, they rolled in the cool mud. Pigs are delicate creatures and sunburn easily, thus the need for a place to wallow in wet mud. It was Jude’s job to fill pails of water, put them in the red wagon, haul them to the pigpen, and dump them in the mud bath. This she did repeatedly until she was sure the pigs were satisfied. Along with their homemade bath and shelter, they had plenty of grass, water, grain, and slops. In other words, our pigs lived in what could only be described as a barnyard penthouse. 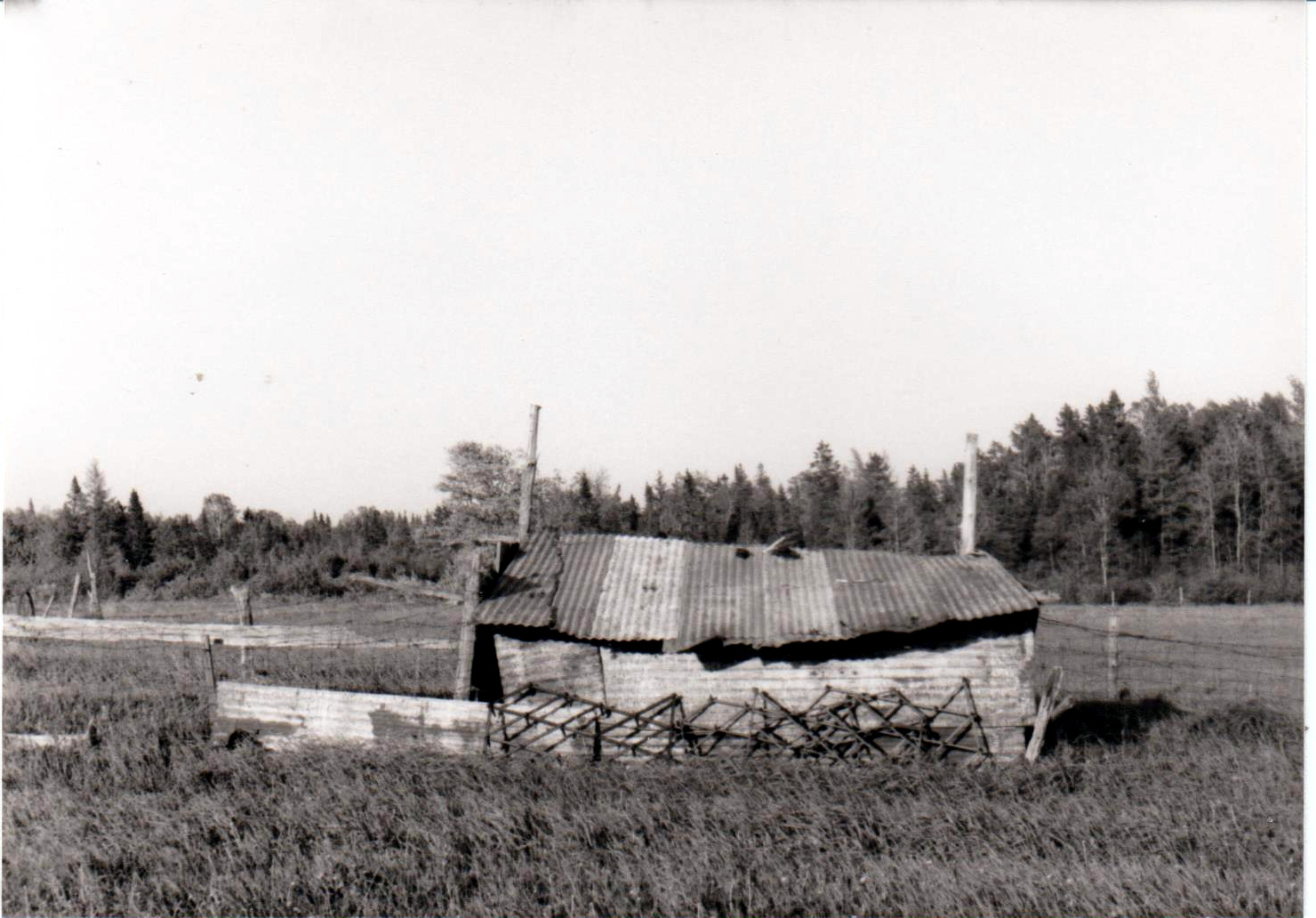 The Pigs’ Digs — where our pigs lived

When I was quite young, I was afraid of Plucky, our best-laying hen, but my fear of her was nothing compared to the sheer terror I felt when approaching the pigs. Everyone referred to me as the house cat because I rarely went to the barn. I was afraid of all the animals except the cats. My fear developed at a young age as a result of being chased by roosters, butted by calves, and nipped by a duck called Susan. Understanding my barn phobia, my parents limited farm chores to collecting eggs, filling the cows’ chop boxes, and feeding the pigs. All I had to do was throw the slops over the fence into the empty trough. There was no need to enter the pen or have close contact with any of them. Sounds like a simple task, right? But it wasn’t just the size of the pigs that scared me. It was their language.

When they saw me approaching with a pail in hand, the squeals, grunts, and snorts that greeted me were terrifying. I was convinced the porkies would crash through the fence and devour me along with their dinner. Realistically, I knew this was impossible, but imagination usually trumps realism. As my heart pounded, I emptied the slops into the trough and ran as fast as I could to the wellhouse. I turned on the pump and filled the pail with fresh water for their water trough. In the few minutes it took me to fetch the water, the pigs had gobbled up their meal and were grunting for more. I usually carried a few apples in my pockets. These I threw as far from the fence as possible, and when the pigs took off, I finished my mission and ran back to the house faster than the pigs ran after the apples. Fear is an amazing motivator.

Well, anyway, it’s been 60 years since I carried the last slop pail to the pigpen. When Dad realized nobody was eager to eat the critters Jude made into pets, he called it quits. We had no problem consuming bacon or ham from Callaghan’s Market in the Soo, but it was a different story when it came to devouring our own. Even Dad was hesitant to poke his fork into a piece of ham and slice a sharp knife through it. So eventually the slop pail disappeared, and compost was created from the vegetable peelings that would have gone to the pigs.

All these years later I had an epiphany. While pouring drain cleaner down the kitchen sink one day, it occurred to me what I needed was a slop pail. Not for pigs, of course, but to eliminate the need for toxic cleaners. Even dish detergent swimming among my cups, plates, and pans will eventually create havoc and give the pipes a thick coating of black sludge. I headed for an outdoor shed and scrounged around all the junk until I found what I was looking for. I reached for an old granite pail and parked it in the kitchen. Vegetable scraps land in my compost bin, but anything liquid goes in that pail and out the back door. Oh, the freedom of no near neighbors.

I live on the land of my youth and from my kitchen window, I see the site of our old pigpen. Only a few fence posts remain as silent sentry to the past, but on quiet evenings I’m sure I hear Rusty grunt as I empty my slop pail. Or it could just be the November wind carrying a distant memory.