Today ushers in the first day of spring, the most welcome season of the year. For the past few days, it’s been warm in Brimley, Michigan—my little corner of the U.P. Yesterday I washed my hoodie and hung it in a closet. That means I’m down to only three layers of clothing, a sure sign temperatures are rising. And although I turned on the oil-filled heater in my bedroom, I also cracked a window. When I awoke this morning, fresh spring air filtering through the screen was competing with my room’s dry heat. By May, the heater will be banished to another room, covered, and forgotten until called into use come November. 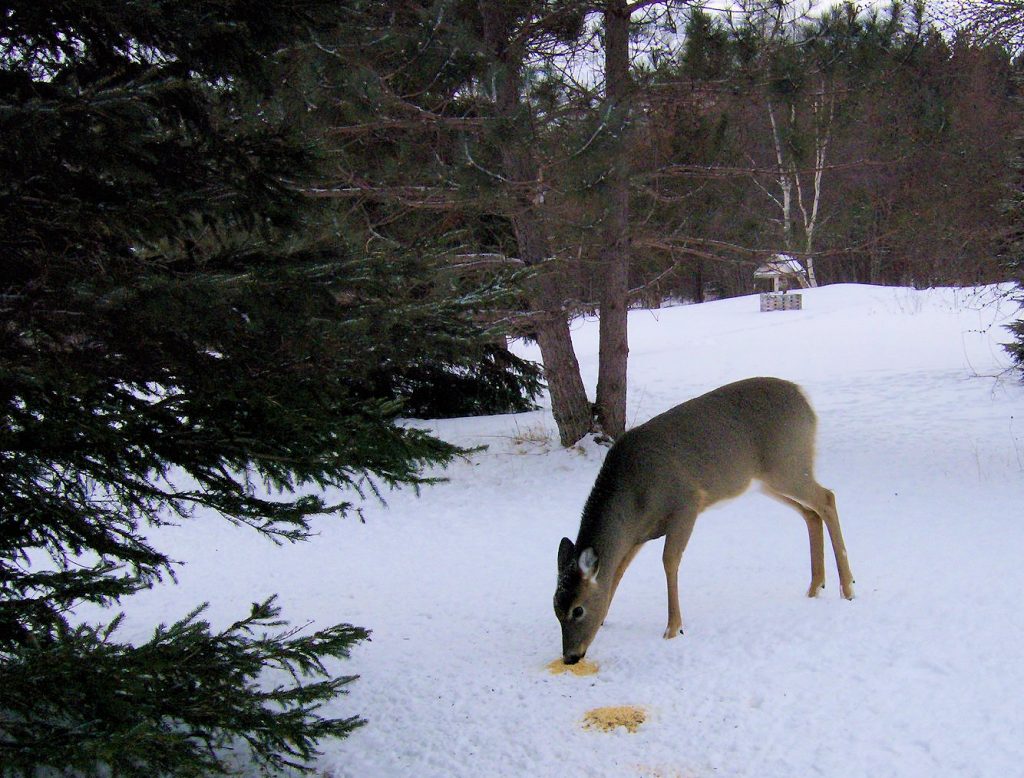 For years I filled birdfeeders and spread cracked corn on the snow for whichever animal wanted it. Four years ago I made a difficult decision. My feeders were plagued with squirrels that nested in my garage. Wild turkeys marched en masse to my backyard and gobbled the corn before the partridges could get to it. Deer were coming in at all hours. From dawn to dusk, I was filling feeders and spreading cracked corn and feed made especially for deer. I felt guilty when I looked out my kitchen window and saw the stag wander in just before dark, so I filled a pail and fed him, but I knew it was time to call it quits when bears starting looking for breakfast in my yard. As March gave way to April, I took down the feeders and spread the last of the deer feed. When summer came, I sold a dozen birdfeeders and the metal cans that had held the sunflower seeds. Although my common sense told me the birds and animals would move on to other yards, it took three seasons before I no longer felt guilty about my decision. Now that spring is officially here, nourishment will be easier for them to find.

Each day I notice the snow in my yard is a little lower than the previous day. The circle around the roots of my evergreens grows larger as snow silently seeps into the ground. In the morning, patches of ice betray the presence of yesterday’s icicles dripping from my roof. The unmistakable stench of skunk lingers in the air, and tamarack twigs dot the landscape as proof of winter’s harsh winds. 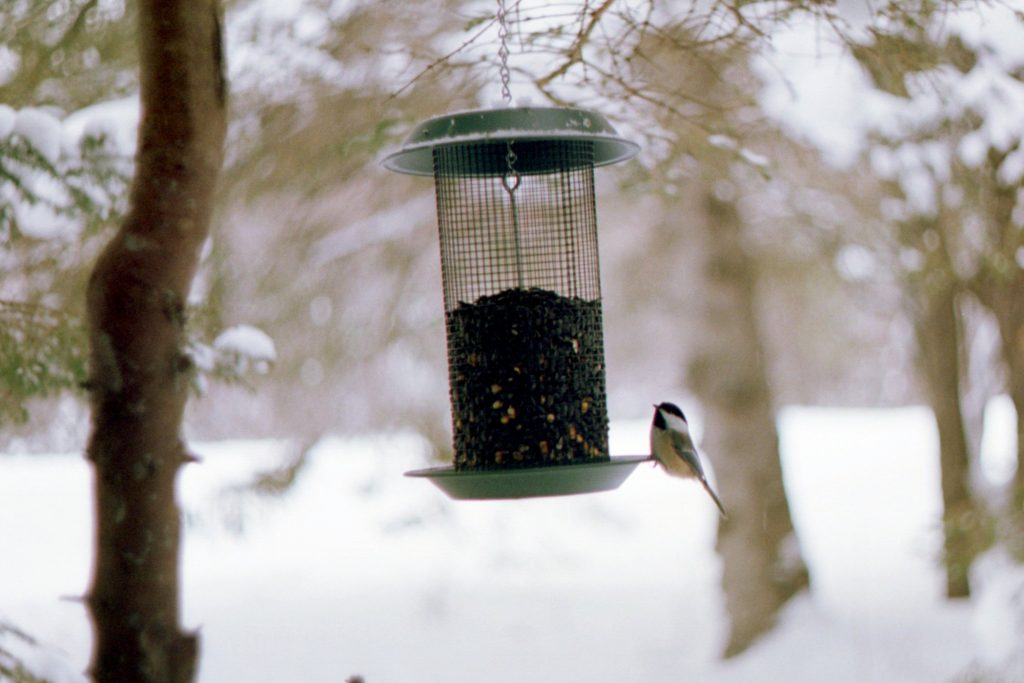 Chickadee is always a welcome sight

And somewhere beneath the blanket of remaining snow, heedless of the frozen ground they must penetrate, my daffodils are stirring. With strength and determination, they’re willing their way to the surface. All over the Upper Peninsula, daffodils, tulips, crocuses, hyacinths and all perennials are following the call of nature and rising from the cold, dark earth towards the sun’s warm rays. Each year they make the same journey. Without the aid of man’s technology, they find their way to the surface, continuing an ancient tradition begun long before we were born and one that will remain long after we are gone.

As they poke through the earth, they verify that eventually all the snow will melt, robins will return, and a warm spring breeze will, indeed, freshen my home. I often grumble about the snow’s stubborn refusal to leave, but nature reminds me that warmer days will soon be here. Flora and fauna don’t complain about winter’s length or the frigid temperatures it brings. They don’t protest the heat of summer or heavy autumn rains. I’ve never heard a porcupine grumble about his quills or a beaver gripe about his ever-growing teeth. I can’t remember the last time I listened to a crow whine about his weight or lack of beauty. I’ve never heard the brown sparrow envy the cardinal’s brilliant red or the nuthatch protest because he walks upside down on my spruce trees. It’s only us humans who complain and argue and fight against the elements and our own bodies.

But, as usual, I digress. I began by speaking of daffodils so I’ll end the same way and leave you with the final stanza of one of my favorite poems by Wordsworth.