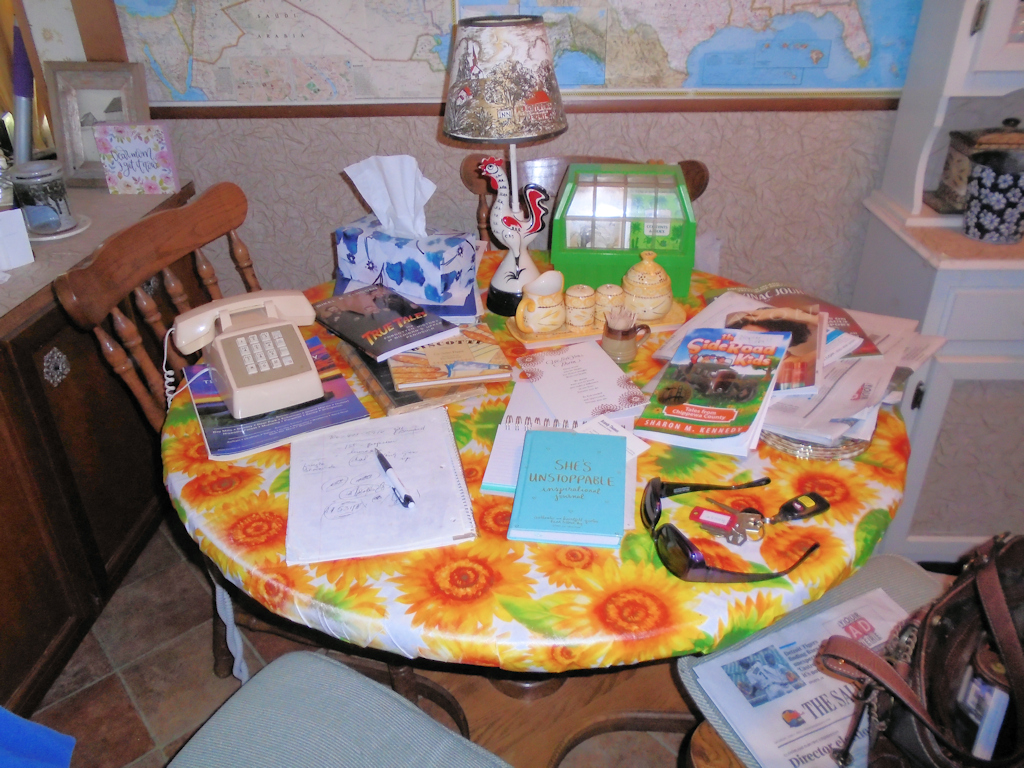 If your kitchen table is like mine, it grows stuff. No matter how hard I try to keep it tidy, it refuses to cooperate. Unopened mail, yesterday’s newspaper, Avon brochures, magazines, bills, cookbooks, condiments, and miscellaneous items litter without the slightest apology. My morning table might greet the day with a neat smile, but by sundown the smile has disappeared underneath the overwhelming weight of stuff.

I don’t know how it gets there. As I said. It just grows. There’s no other explanation. Every day I promise myself to put everything where it belongs, and every evening I’m disgusted because I can’t see the tablecloth for all the mess. And, of course, as soon as I throw something away, I need it. Then I have to dig through the trash to find the receipt for the snazzy slacks I bought. You know how that goes. Every now and then you step out of your comfort zone and try something new. When that happens, save your receipt because when you come to your senses, you’ll return that impulse purchase.

Well anyway, back to the kitchen table. Mine is host to all kinds of things. I live alone and have no one else to blame for the uncontrolled clutter, but no matter what I do I’m always defeated. When my daughter was 10 years old, she devised a system and suggested I follow it. She knew I could never find anything when I needed it, so she came up with the idea of creating stacks. She separated my stuff into various stacks of magazines, newspapers, sewing patterns, recipes, and a pile of miscellaneous papers. Her system worked great for about an hour. After the supper dishes were washed and put away, she went upstairs to finish her homework, and I returned to the table to find a recipe I wanted to try.

You know what it’s like when somebody straightens up your stuff. You never find what you’re looking for until a week later when it turns up in the last place you would expect. I searched the recipe stack, the one labeled miscellaneous, the trash can, and the floor, but the recipe was gone. Then I thought of the little wood-burning stove next to the electric range and figured I had my answer.

The recipe was for roasted Brussels sprouts. Stephanie would taste just about anything I prepared, even cooked millet, but she refused to touch those sprouts. Without even asking, I knew that recipe had been reduced to ashes. I recalled the days of my youth when lots of things were tossed into our woodstove before Mom ever saw them. I closed the sprout’s chapter and moved on to okra which didn’t fare much better.

Although my table was and still is always cluttered, I don’t have flies on it. When I was a kid, a flyswatter was as essential in the kitchen as the slop pail. Mom was always swatting something that came in through a hole in the window screen, maybe a fly, a mosquito, or a moth. In those days we had removable wooden screens that were about as reliable as a water pail with a hole in the bottom.

As a girl, I was afraid of everything including most of my aunts. They were large women. They had enormous hips. They were often mean. They gossiped about everybody. When we finally got a phone, we were on a party line. If the Brimley operator rang our 38J number, the aunt who lived down the road listened to our conversations until Mom told her to hang up and mind her own business. An elderly aunt was the only one who didn’t scare me. Her table did that. I was sure she didn’t own a flyswatter, and if she did, she never used it.

When we visited, her table groaned with tasty-looking treats, but what I recollect most are the flies buzzing around, just waiting for a chance to land on some homemade delicacy. Although her kitchen was thick with them, the flies didn’t seem to bother my aunt. She shooed them away with a wave of her hand while I sat on a wooden chair and looked longingly at the sweets. As much as I wanted a piece of cake or a slice of apple or pepper pie, I was afraid a fly had been there first.

It’s odd the things we remember from the past, and how a chaotic kitchen table can trigger memories of sticky flypaper suspended from the ceiling or a floppy mesh flyswatter hanging on a nail behind the kitchen stove. My old aunt, like all the others, is gone now, but I recall her table, the flies, and all those good desserts. I wish I could say I was a brave little soul and had dug in, but alas, I was a coward and let the flies feast while I looked for a newspaper to flatten them. If her table had been as messy as mine and if she had owned a flyswatter and used it, imagine how much I would have enjoyed her pepper pie—my Dad’s favorite. Alas, it was not meant to be. 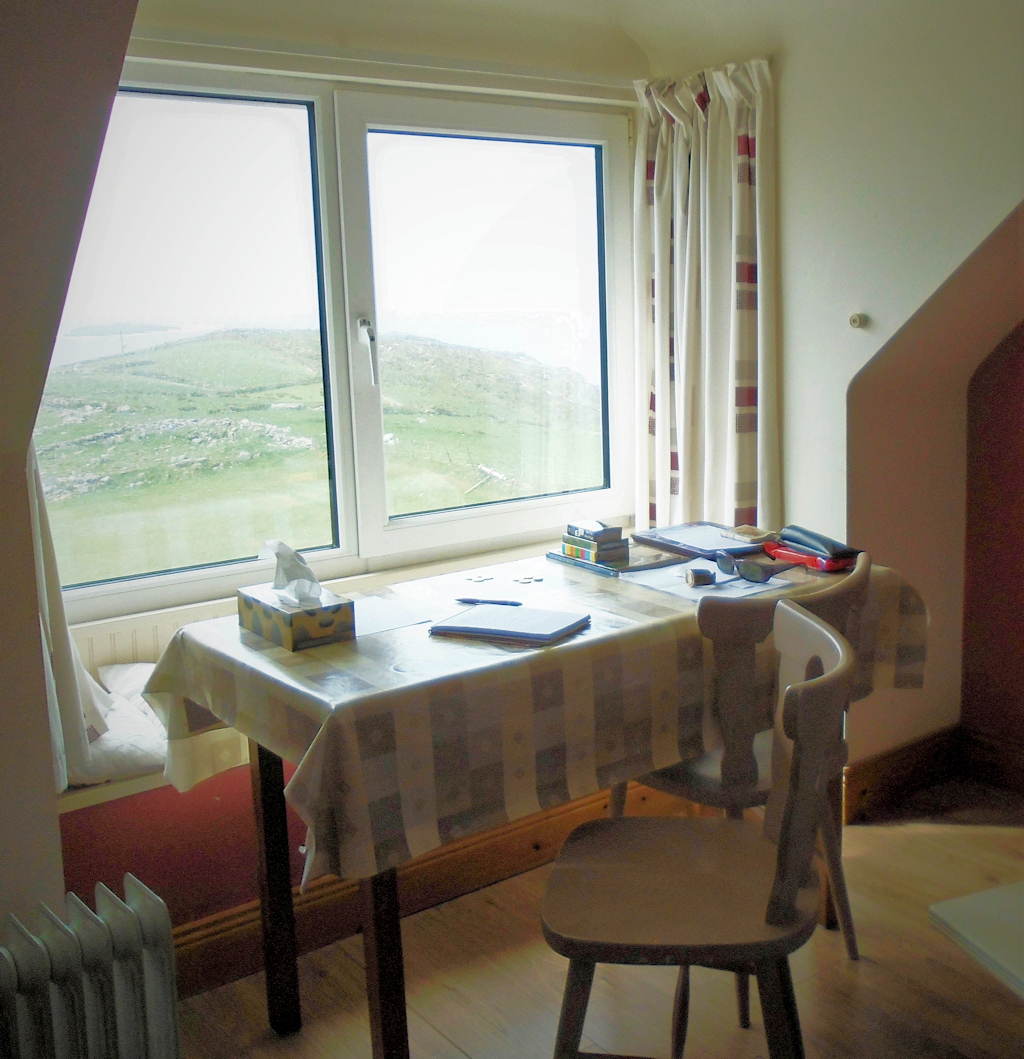