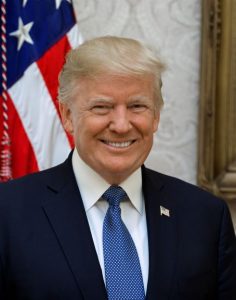 Have you ever had something stuck in your craw? Something you wanted to say but just couldn’t get it out? Perhaps a relative upset you, but you held your tongue because you didn’t want to create a scene. When I was a kid, Mom often used that expression. It’s one I haven’t heard lately, but it certainly fits how many of us feel. Politicians spout lies as they try to convince us the sky is green and the grass is blue. I’ll agree sometimes the sky does have a greenish tinge to it when a storm’s brewing, but that’s not its natural color. And there are grass seeds called Kentucky Blue and Red Fescue, but you won’t get blue or red grass if you sprinkle those seeds on your lawn.

Some things are easier to swallow than others. Regardless of the colorful name, whatever seed I throw on my dirt, I’m pretty sure it will come up green so that doesn’t bother me. It’s the constant verbal, if not actual fighting, of “educated” adults that gives me the willies. I’ve been listening to both parties lie for years. I’m surprised some noses aren’t as long as Pinocchio’s. If a liar’s nose grew a little longer each time he lied, it would take about five minutes before he’d start telling the truth based on undisputed facts.

Now isn’t that a laugh? Facts have also come under political fire. There’s no such thing as an irrefutable tenet anymore. Every law written from the first words of our Constitution to whatever ordinance is passed at the local level is open to personal interpretation. If I steal a jar of peanuts from Walmart and get arrested, it’s no big deal. When I stand before the judge I’ll argue I was just “borrowing” the nuts and had every intention of returning them. I’ll say all the store manager had to do was ask me to surrender the jar. He might have to ask three or four times, but I could still argue there was no need to send the Mod Squad to my premises where they would poke through my cupboards, find the hidden nuts, scatter them around my kitchen floor and make me look like a slob when I’m really a neat person.

Years ago, Roy Cohn gave Trump advice that became his guiding force: Never admit to any wrongdoing. Always tell lies as big as Texas and never stop repeating them. The more often falsehoods are told, the bigger they get, the more they catch the public’s attention and the easier they are for people to swallow. A scrawny lie has no legs. It falls apart shortly after it’s left the mouth of the liar and makes him look like a dunce. It’s a useless bit of propaganda holding no weight. Don’t bother with it. Dad’s philosophy was, “You might as well be hung for a sheep as a lamb.” Although Dad had no idea who Cohn was, he might have agreed with his advice. If you’re going to tell lies, better make them good ones.

If there’s a moral here, it might be this: Never let anything get stuck in your craw. Find a soapbox, stand on it and shout your opinion to the masses. See what sticks and run with it. Who knows? You might awaken one morning and find yourself in the Oval Office. If heard often enough, lies are easy to swallow.