When I was earning my M.A. from Northern Michigan University, I was 53 years old. However, I was not the oldest student in the class. That distinction fell to Millie. No one knew how old she was, and we didn’t care. She was a sweet lady who was always prepared for the three-hour, twice-weekly class. We were studying Wordsworth and Coleridge. I hadn’t taken a poetry class since 1966. Every weekend I spent hours at my local university library, poring over books that would help me understand what I was reading. Then I put my own twist on the assigned poems.

Like Millie I, too, was always prepared and eager to participate in class discussions. Unlike Millie, the professor seemed to favor my responses as often as she slammed Millie’s. “You’re wrong” became her mantra. After two weeks, it was obvious to everyone that whatever insight Millie offered was ignored, insulted or dismissed as insignificant drivel. Some of us always arrived early. I took the initiative and asked how we could support our classmate so she wouldn’t get discouraged and quit. We decided to invite her to join us for coffee before class. She immediately accepted. Thus began our semester ritual of building her self-confidence and validating her worth as a student.

Although the professor continued to downplay her responses, Millie knew we were in her corner. Sometimes we disagreed with our leader and said Millie saw a poem from a different viewpoint. The professor had taught Coleridge and Wordsworth for 30 years and was used to the familiar interpretation of their poems. Through age and experience, Millie brought fresh insight. Occasionally, the Prof grudgingly agreed. That’s when we saw a smile spread across our friend’s face. She might have endured to the end without our encouragement, but I think her journey was much more pleasant knowing we were with her.

Here’s the point: A lone voice crying in the wilderness might be the sanest. The voice people want muffled could be the one they need to hear the most. It might be filled with wisdom. Millie was at least 40 years older than the youngest student in our class. Her interpretations would have been much different from someone who had lived only 2 decades, yet she was silenced by the professor who refused to acknowledge an opinion that differed from hers. So what, if anything, did that prove, and why would I remember it all these years later? 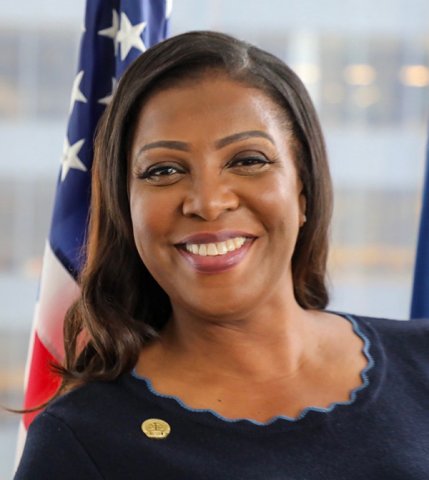 In truth, I never forgot the “you’re wrong” claim. With all the current lawsuits being filed against a former U.S. president, the phrase I remembered from that fall semester in 2000 has become a battle cry for some defendants in 2022. If you didn’t already know, you probably do by now that civil cases do not require “proof” to find for the plaintiff. In some counties, testimony can be based on hearsay, innuendo and biased opinions. Facts are irrelevant.

So what will happen to the defendants if the bravest person in America, Letitia James, is successful in her claims against Trump, his organization and members of his family? As Millie was not always “wrong,” we know Donald is not always truthful. If he goes to trial, will his only defense of “you’re wrong” convince a jury to find for him? Or will their verdict mimic what the fairytale exposed? That the emperor, indeed, has no clothes and his followers have been duped. Time will tell.