Home Reminiscences The End of an Era on the SideRoad

The End of an Era on the SideRoad 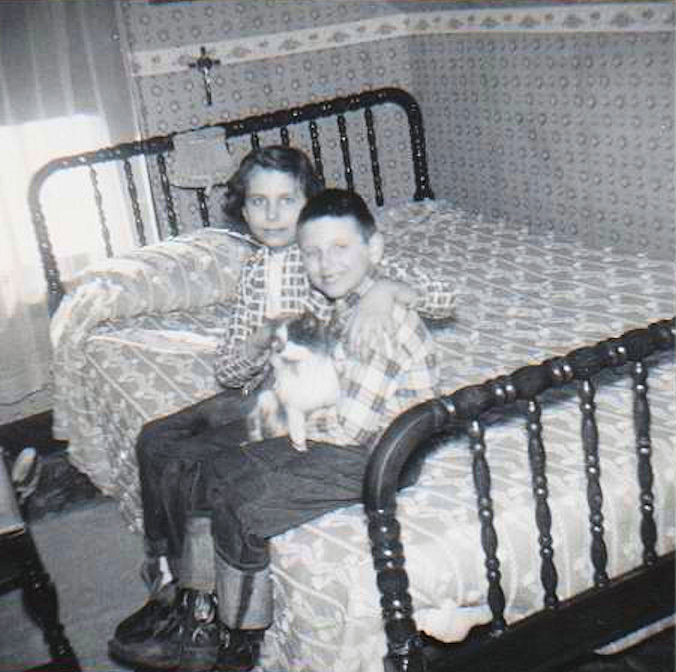 Sharon and brother, Bucky, with Puff the cat, circa 1959

Another chapter in my uneventful life ended in the summer of 2015. The house of my youth was leveled. In less time than it takes to watch a soap opera, the old place took its final bow with the help of a bulldozer. No more will neighbor kids laugh at it, break its windows, and call it haunted. Strangers will have to trespass on someone else’s property. Squirrels can take up residence in trees instead of our old kitchen. For years I watched the house slowly sink into the ground. That’s what happens when there’s no foundation. A house is not much different from a person in that respect. Both need to be built on something solid to withstand the struggles of time. With a strong foundation, anything is possible. Without it, collapse will eventually occur. We can dance around it all we like, but there’s no getting away from the fact that unless our roots go deep, it’s only a matter of time before we crumble.

When I walked around the rubble, I had mixed feelings. I could hardly believe a two-story wooden structure could be reduced to a pile of sticks so quickly. When I saw bits and pieces of familiar things, guilt flooded me because I hadn’t saved them, but almost immediately common sense kicked in and I realized I was relieved the house was gone. I carried so many memories of that dwelling, it was a wonder I could still walk upright. Everywhere I looked there were reminders of my life as a child, teenager, and twenty-one-year old. For years I was ashamed of where I lived. I was sad the house hadn’t been updated in the 1950s and sadder still to see it failing. Melancholy is part of my nature, and I felt helpless as I watched the place decay.

Often in my dreams, I saw the gray shingled house strong and healthy. Mom would be wallpapering the kitchen or one of the bedrooms, Dad bringing in an armload of wood, Gram putting a blueberry pie in the woodstove’s oven, and we kids playing in the front room. Now when I walk around the level ground, I feel hopeful. A strong link to the past has been put to rest and as odd as it sounds, I think the old house is at peace, knowing it’s buried on my land. I know I am. It’s like when a loved one is ready to leave, but her heart won’t stop beating and you have to watch her suffer. It tears you up and when the end finally comes, you thank God it’s over. Eventually, acceptance and tranquility replace sorrow.

The end of one era signals the beginning of another. I hope it’s a good one. 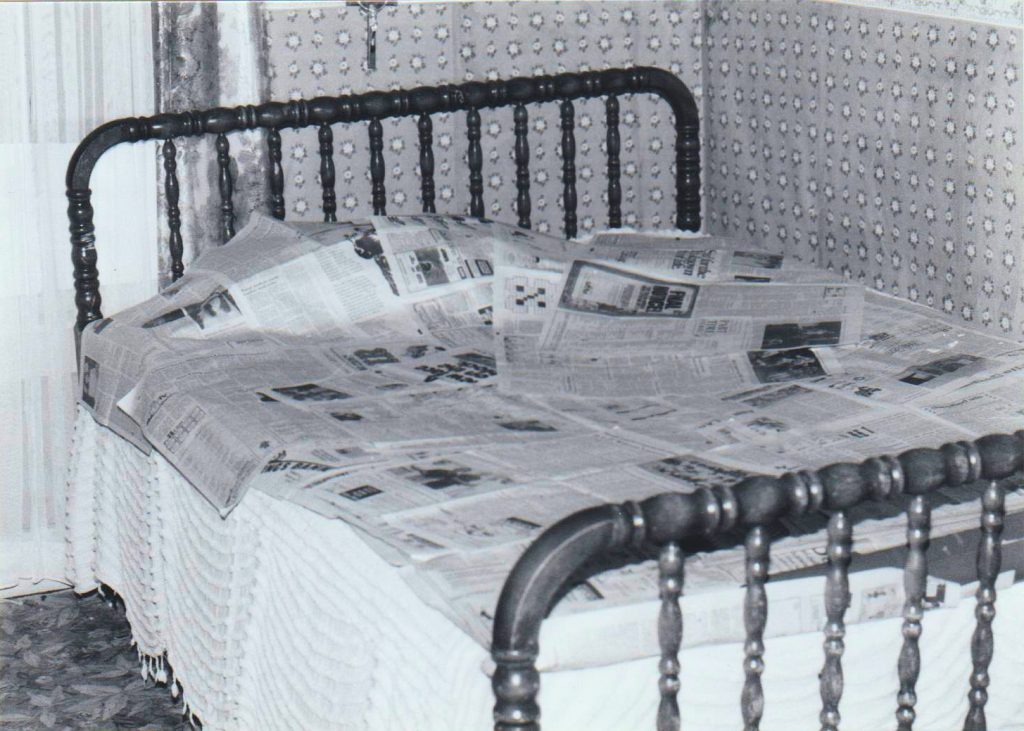 They left the old beds in the house.
Mom covered the spreads with w/newspapers. I eventually sold both.