Waiting for the Brimley School Bus 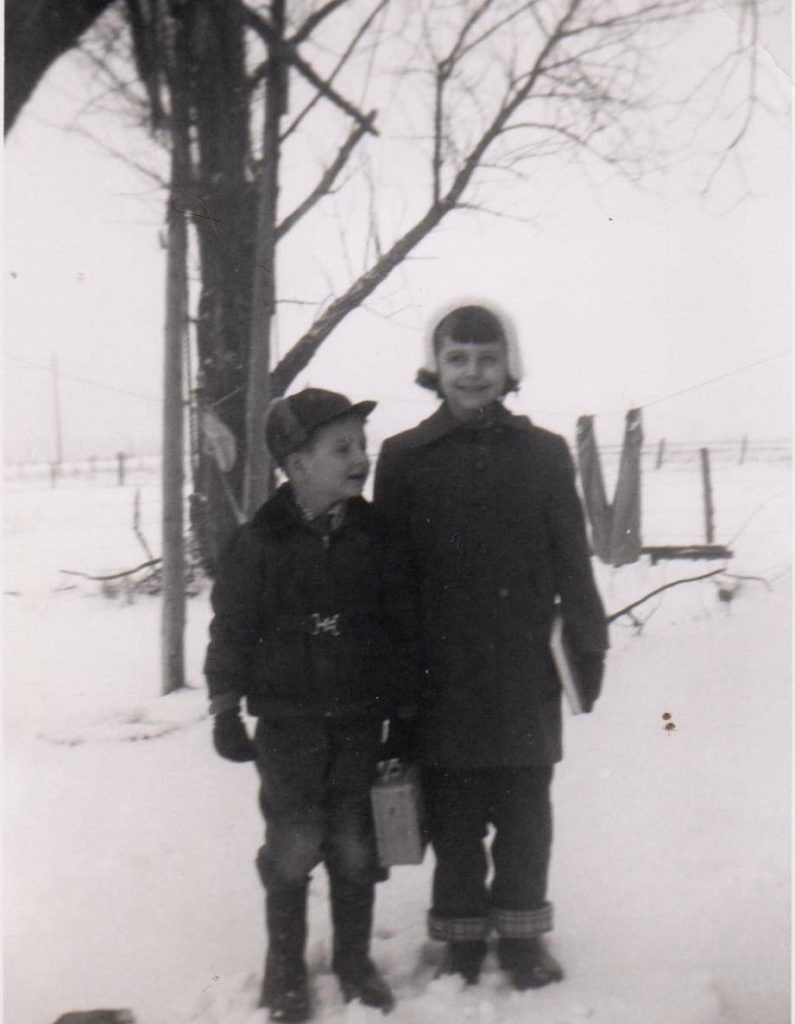 Mom wasn’t much for taking pictures. Either her thumb got in the way of the shutter or she cut off somebody’s head or included too much of the ground or sky. However, occasionally she plucked up a smidgeon of courage and snapped a photo that was worth saving. This one was taken on a winter morning while my brother and I were waiting for our sister to join us. Jude loved to sleep. Bucky and I were always ready before she was. I was probably in the fourth grade and my brother in the second. Note the metal lunch box in my brother’s hand. I think it’s the Roy Roger one he still has. I’m holding a book. I’m not sure where my box was. It wasn’t square and it didn’t have any images on it. It was the kind like Dad took to work except it was smaller and green instead of black. Years ago I gave it to my buddy, Roger Pilon, formerly of Sugar Island and now living in Grand Marais.

The tree behind us is the poplar that lived until a strong wind brought it down in the mid-1980s. Our swing wasn’t attached to any limb. Dad hung it between those tall posts. And note the overalls hanging on the clothesline. They were probably frozen stiff. When Mom brought them, she’d stand them up in a corner until they defrosted and fell to the floor. Such was the way things were in the 1950s.