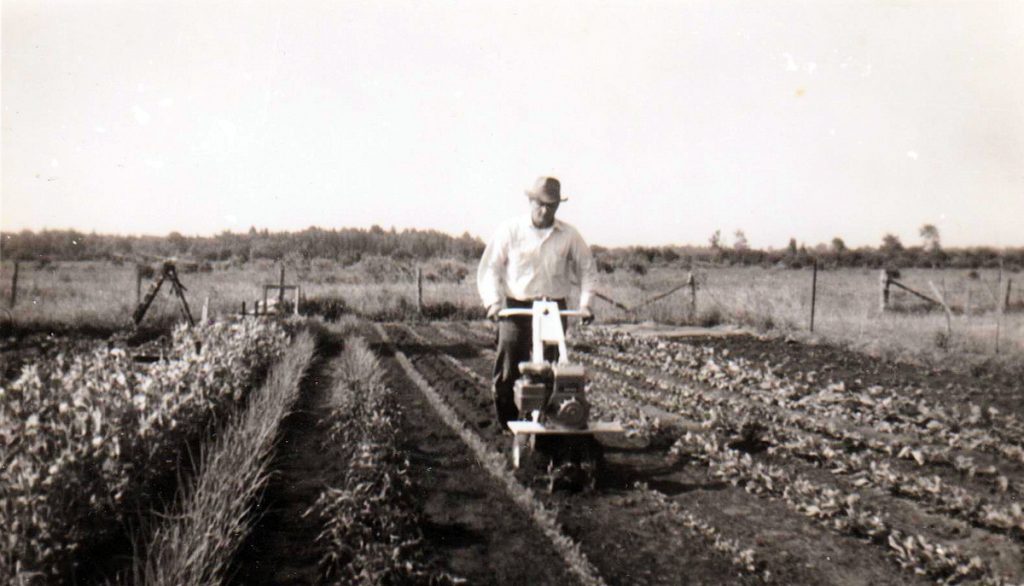 Uncle Steve and the rototiller (1972)

Uncle Steve’s garden stretched before me like Adam’s Eden. Every kind of edible plant that could survive Michigan’s Upper Peninsula weather poked its head through the rich brown soil. Bright red tomatoes hung from thick green vines. Hiding underneath enormous elephant leaves, zucchini roamed unchecked. Prickly pickling cucumbers snaked their way along straw-strewn paths. Buried deep beneath the earth, hidden in the darkness, I could almost see the russets growing fat and heavy, teasing the slender golden fingerlings. In the waning September evening, I imagined God’s hand touching the second planting of sugar snap peas, coaxing them to give one last feed before the frost or deer got to them. In my mind’s eye, I saw the remaining muted orange carrots and round purple beets waiting impatiently to be pulled, washed, and canned.

Uncle Steve and I watched a lone rabbit munching a lettuce leaf, heedless of the scarecrow standing silent sentry. A robin that had stayed too long into the autumn swooped to steal its dinner—an earthworm that chanced too close to the surface. When the Lake Superior breeze blew gently over the land, the remaining wax beans danced in their patch. Chives shuddered. Cilantro quivered. Arugula’s beauty, already gone to seed, bowed to the aroma of skunk as the gentle wind stirred its leaves. Stretching far to the west, rows of cabbages raised their brainy heads to the sky, their vast outer leaves foiling hungry aphids.

We watched as the sun flamed red and orange and pink behind the jackpines. Evening fell quickly. Sunday slipped away as silently as it had come. Uncle Steve coughed. “Beautiful, ain’t it,” he said. I nodded and watched him brush a tear from his cheek. Grow garden, grow, I thought. Grow strong for this old man. Let him have his last harvest from the land given to him by his father because of the father before him, the grandfather Uncle Steve never knew other than his burial site was somewhere in Austria.

As the sun yielded to dusk, we walked through spearmint, parsley, and basil, walked towards the white farmhouse my grandfather had built many years before. It was larger now. When Uncle Steve returned from World War II, he added a huge kitchen. There was a foundation now, too, promising that the house would last for generations to come. The original black tarpaper had been covered over with wooden siding painted white. Every nail was hammered in by my uncle. Our backs were to the sunset. From the roof of the barn, an owl hooted the end of another day. The screen door closed behind us as we stepped into the vestibule.

Uncle Steve asked if I had time for coffee. I told him I had all the time in the world. He smiled, knowing perfectly well we are all limited by time, that the days slip away like raindrops sliding down a windowpane, unnoticed until they find an open window and saturate the sill. When it was time for me to take my leave, I petted his cat and hugged my uncle. He did not return the embrace. As a bachelor, he was not used to being hugged. I understood, but hugged him anyway, then I turned and walked down the long lane leading to my parents’ house. I didn’t know when I would see Uncle Steve again. I lived in Detroit and this was my last visit home before winter.

We never know when we’ll meet our loved ones again. Best to treasure them before they steal away and plant a new garden in that Great Beyond where one day we will follow. 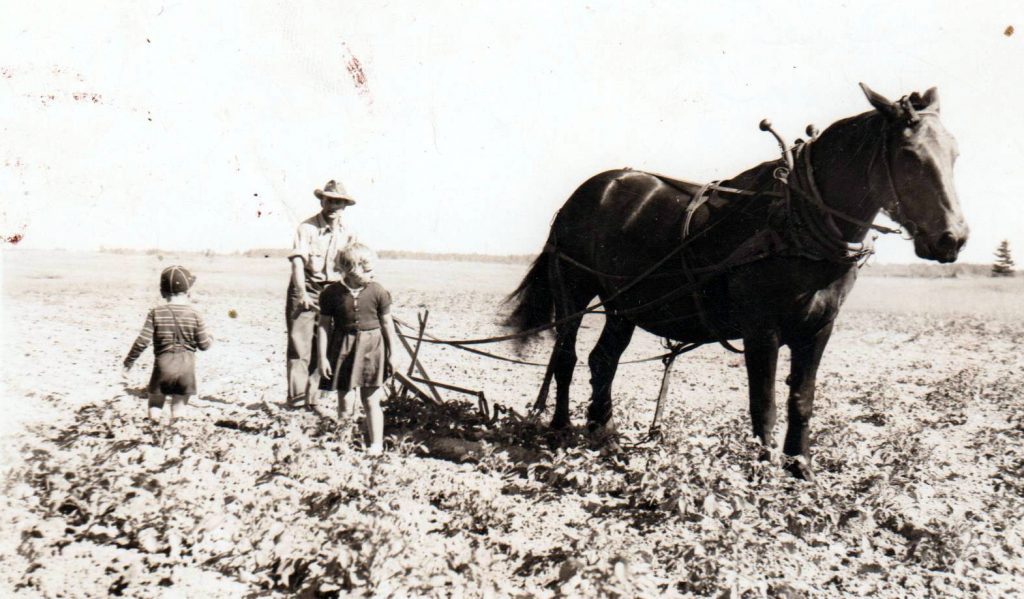 Planting a garden the old way, circa 1952