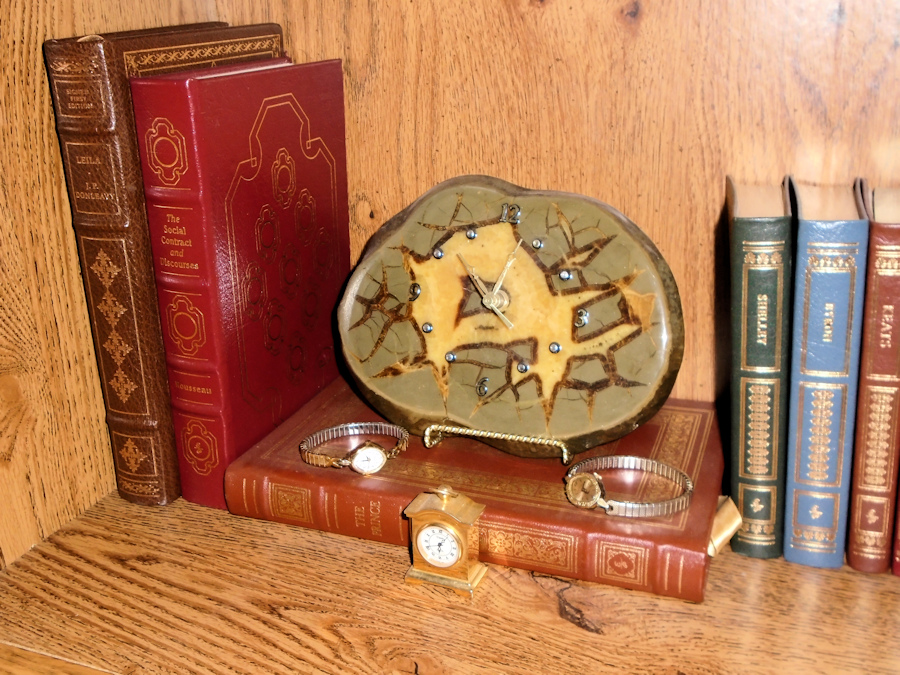 My old wristwatches and clocks (above)

Everybody wants to know where the time goes. Most of us have no idea what happened to January, but we all know that after Valentine’s Day February will go just as fast. Once the fuss of St. Patrick’s Day is over, March will gallop away with the last of winter’s strong winds. April will disappear after Easter, and then it’s only a short hop to Mother’s Day followed by Memorial Day. Soon thereafter we’ll find ourselves at Walmart looking for a gift for Dad. Waving the flag on the Fourth of July will follow in the blink of an eye.

I’ll admit the passage of time doesn’t go quite as fast as the five seconds it took me to jump from January to July, but we all know time flies. At 11 years old, I began keeping track of time when I received a Timex wristwatch. By today’s standards, a preteen receiving her first watch at that ripe old age is tantamount to child abuse, but in 1958 the gift was a treasure because it represented a grownup present. It was a Christmas gift from Mom’s brother, my Uncle Steve.

In those days my eyes were good, so I had no problem reading the teeny weenie numbers or watching the itty bitty hand sweep away the minutes. At school, I would no longer have to sneak a peek at the clock and endure Mrs. Maynard’s scowl or listen to her tell me I should be concentrating on scholarly tasks instead of waiting for the day to end. I was sure the less fortunate kids would envy my present and probably want to wear it for an hour. The pleasure of gazing at that watch was most likely equivalent to a 21st century kid looking at a $900 smart phone, whatever that is.

My uncle had given my sister, Jude, a beautiful gold tone Bulova, and for a fleeting moment I felt awfully jealous because everyone knew Bulova was a top notch brand whereas Timex was a poor relation. Then my common sense kicked in and I figured since she was in high school and I was in the sixth grade, it was only natural she should get the better watch. At least that’s what I told myself at the time. How much I believed it, I really can’t say, but I can relate how the rest of that Christmas vacation went.

According to entries in an old diary, I walked around the house asking if anyone wanted to know the time. Nobody did, but that didn’t slow me down. Apparently I told my sister, brother, parents, grandmother, and even the dogs what time it was, and I told them every few minutes. This went on until the end of vacation by which time nobody was talking to me. Not even the dogs would stay in any room I occupied.

My last diary entry of the year went like this. “Why can’t you be like Jude? She don’t give us the time every five minutes.” I have no idea who posed such a question, but most likely it was a cousin, considering the atrocious verb choice. Well, I had never been like Jude so whatever possessed anyone to ask such a ridiculous question is beyond me.

On New Year’s Day, I wrote in a new diary that I was exhausted. For the first time I must have realized how tiring it was to watch time, to be aware of the passing of every minute of every day. It was one thing to wish for the end of a school day, but quite another to watch the hands of my little Timex go about their hourly business. Also, the stretchy band that looked so pretty in the box kept pinching me as the links caught the hair around my wrist. I didn’t want to admit it, but time and I were on the outs.

Well anyway, enough of recalling time’s past. Back to time’s present. After the Fourth of July, August gardens will produce their bounty, giving us time to can our beets, pickles, and zucchini relish to show at the county fair. A few days later, the yellow monsters of September will roar down quiet country roads picking up kids excited or horrified at the prospect of another school year. As October rain pelts little goblins, witches, and Ninjas, we’ll wish we hadn’t eaten all the Snickers bars. Come November, we’ll be planning the Thanksgiving Day feast and wondering if we should invite the relative nobody likes. What’s left after the mad dash to Black Friday and Cyber Monday sales? Why December and Christmas, of course! And there you have it—another year gone before we know it and everybody asking where the time went.

When I hung up my teaching shingle, I retired my wristwatches, unplugged my clock radio, and purchased lamps instead of timepieces. I now prefer light to time because I’ve reached the age where time is not my master. I arise when I awake, retire when I’m sleepy, and always schedule afternoon appointments. Ignoring time doesn’t make it go slower, but I no longer feel slave to the clock which makes me feel liberated and rich beyond words.

So the next time somebody asks you where the time went just shake your head and say you have no idea, but it sure went there fast. Then stand aside and let time pass as swiftly as a winter sunset. 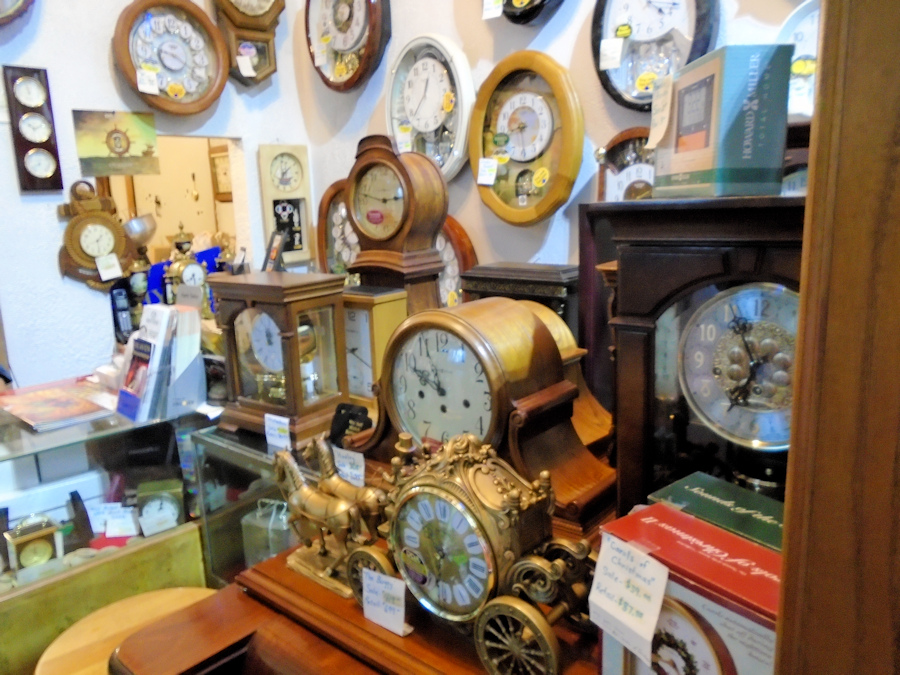