Home Commentary One Week to Doomsday

One Week to Doomsday 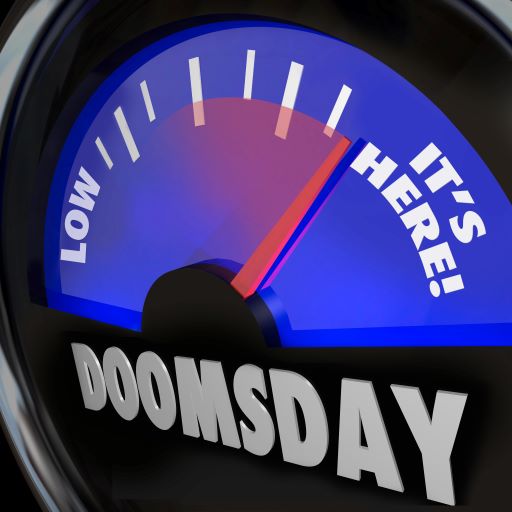 The midterm election is one week away. Regardless of who takes the Senate and House, one thing is certain. If the donkeys are successful, Doomsday will follow due to “rigged machines, fake ballots” and a host of other excuses why they couldn’t possibly have legitimately beaten their opponents. If the elephants take over, Doomsday is imminent for different reasons. Once in power, they will immediately halt any further investigation into the Jan. 6 insurrection. The events of that day will be sanitized beyond recognition and Biden and Harris will be impeached. Turmoil will reign in every state where Democrats were successful. We will become a nation of cannibals, devouring one another in a futile attempt to reach Utopia by way of the Big Lie.

“We should be irrevocably cut off from our past and be forced to splice the ragged ends of our lives upon whatever new conditions chance might leave dangling for us.”

These are the words of James Russell Lowell taken from an essay he wrote about Abraham Lincoln in 1864 regarding the Civil War. Lowell was, among other things, a poet, an essayist and the editor of the Atlantic Monthly. He endorsed President Lincoln and noted, “The problem to be solved by the Civil War was so vast, its solutions so intricate that the firmest believer in strength and sufficiency of the democratic theory of government might well hold his breath in vague apprehension of disaster.” When I chanced upon this essay written 158 years ago I couldn’t help but relate it to the present. It appears to me we are nearing the eve of another Civil War with consequences much greater than the secession of southern states.

If the results of the midterms are as disputed as the last election, the future of our nation’s democracy hangs by a thread. This is not a hyperbolic statement. Laugh if you feel the need, rejoice if there’s a red wave a week from today and then sit back and watch the United States you knew replaced by a form of government that benefits only the rich. Like many of you, I am not a Constitutional scholar. I did not major in political science when at university. However, I grew up on a farm and recognize manure when I smell it. For the past six years, there’s been a good-sized pile of crap deposited on the threshold of every home in America. It also lands in our mailboxes. It spews forth from our electronic devices.

To quote journalist, Chris Hedges, “The motley collection of imbeciles, con artists, thieves, opportunists and war mongering generals are causing our U.S. Empire to crumble.” Hedges included the Democrats in this collection. Listen to some of his speeches and you’ll learn more about our “empire” than you ever imagined. You probably didn’t even realize the United States is a modern-day empire reminiscent of the great ones of the past. If we know history at all, we know how every one ended.

What will bring about our demise? History tells us the collapse of an empire’s economy, internal rebellion, fight for power and ineffective leaders are some major causes. The U.S. is seen as an unstable democracy and a country at war with itself, so choose your Republican candidates wisely. It’s not too late to set aside your emotions, vote your conscience and hopefully avoid Doomsday. “Only the foolish and the dead never change their opinions.” Quote credited to Lowell or Lincoln.