Home Commentary The Mouth of Truth

The Mouth of Truth

In Rome, there’s a marble mask called the “Mouth of Truth.” It rests against a portico wall in a village I won’t even attempt to spell. The other day I took a break from endless chores and watched an old movie called “Roman Holiday.” Audrey Hepburn was hysterical when Gregory Peck withdrew his hand from the mouth of the gigantic mask. Peck had pulled his jacket sleeve over his hand. Hepburn thought the mouth had bitten it off.

I started thinking about politicians and wondered if any could pass a truth test. It would be exciting to watch them stick their tongue into a Mouth of Truth. Our president should ask every member of his cabinet and all senators and representatives to stand in line and wait their turn. Like cattle headed for the slaughterhouse, they might be a little nervous about what was to come, but much like cattle, they, too, would have no choice but to obey.

One by one each appointed or elected politician would stick his tongue into a small hole. Instead of a lie detector test, the Mouth of Truth would decide if they spoke falsehoods whenever they opened their mouth to address the electorate. Lie detectors are not always reliable, but the Mouth of Truth never fails to detect a liar. Well, I suppose the verdict’s out on that one, but you get the general drift.

Of course, such a hypothetical event would never take place in Washington. Congressional chambers would be empty with the exception of a few honest souls who truly believed what they said on the campaign trail. They would pass the Mouth of Truth test without so much as a pinch to their tongue. Perhaps they would be joined by new members who want to tell the truth but know it might cost them in their re-election bid. Such persons would retain their tongue with only a slight nip to its tip as a reminder that it’s always better to be truthful even if truth demands sacrifice.

Maybe I should have spent my time doing chores because you might think this topic is silly, but just for a moment think how effective a Mouth of Truth test would be. The very thought of being an honest, outstanding statesman at any level, whether local, state, or federal, is becoming the exception whereas it should be the norm. So I say bring on the Mouth of Truth. If sticking a tongue into a small hole is too gross to consider, stick in a hand. Let the populace know if liars are holding positions of authority. It’s time we took control and sent lying nincompoops running as fast as cattle would run if they knew what lay in wait for them. 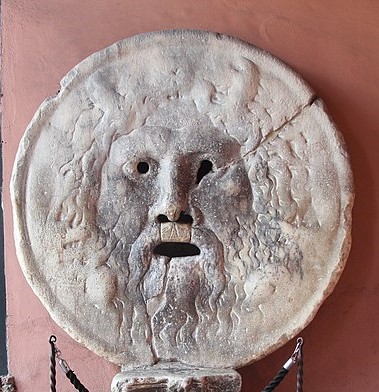