Home Reminiscences Disrobe? I Don’t Think So – A Trip to the Dermatologist

Disrobe? I Don’t Think So – A Trip to the Dermatologist

A few years ago I made an appointment to see a dermatologist. Don’t ask me how, but a sliver of vanity survived all the tribulations I’ve endured throughout the years and that’s what prompted the visit to the doctor’s office. My condition wasn’t serious, just a few facial imperfections I wanted removed. I envisioned the doctor poking a sharp needle into my face, and I was actually looking forward to the process. Not because I enjoy pain, but because of the beauty that would result from such discomfort. Women, and even a few men, endure all forms of torture to maintain their youthful glow.

When I arrived at the appointed time and handed the receptionist my insurance cards, she informed me I would have to disrobe. I’m no stranger to dermatology visits, but this was the first time I was asked to strip. Whatever for, I inquired. The girl replied the doctor was very thorough and getting naked was standard practice. This turn of events surprised me. I explained my complaint was with my face, that all other body parts were intact and working as well as could be expected for a person of my age. I tried to explain there was no need to disrobe. It made sense to wash off my makeup, but for the life of me I couldn’t grasp why my clothes had to come off as well.

I’m aware that doctors must protect themselves from lawsuits, but golly, all I wanted was a quick facial procedure. I didn’t require poking, prodding, or pruning anywhere else, but rules are rules. I tried to break them, but I lost. There was no chance of escaping a hospital gown if I wanted to see the doctor and even less chance of my agreeing to it. I exited the office looking exactly as I had entered. Only my vanity had been wounded.

Sometimes we’re given choices, and other times we’re forced to obey or shoulder the consequences. So here I am, the same old gal with the same old face because I refused to surrender my clothes. Maybe I’ll be like the Unknown Comic. Remember him? He performed with a brown paper bag over his head. Perhaps he had encountered the same dermatologist and didn’t see the need to disrobe while the doctor checked his face so he spent the rest of his professional life hiding his head in an A&P grocery sack. 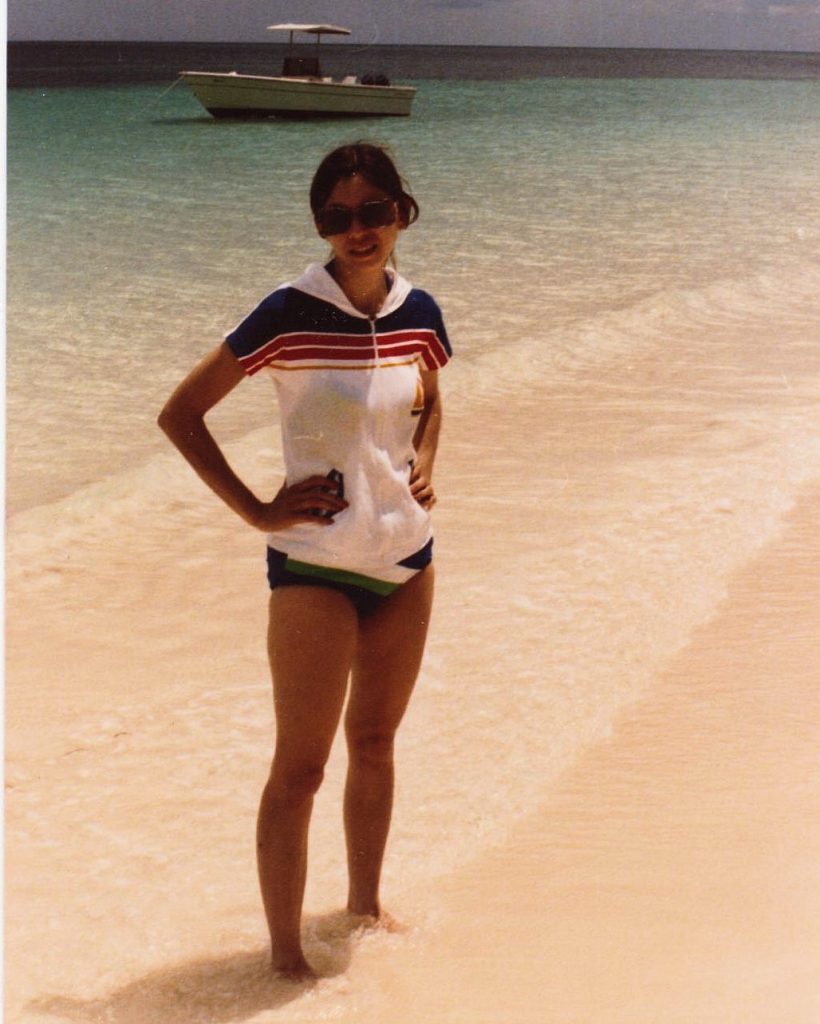 Even in the Bahamas Sharon remained clothed